The much anticipated Shiba Inu countdown has now come to an end, but its outcome isn’t the Shibarium upgrade, as many had hoped it would be.

A few days back, a mysterious countdown appeared on the official SHIB website, making the community speculate what it may be leading towards. Many users suggested that the announcement could be related to the upcoming Shibarium upgrade for the meme coin.

“Shibarium” is a layer-2 blockchain solution for Shiba Inu that plans to bring several improvements to the cryptocurrency’s ecosystem. A layer-2 solution is typically a secondary blockchain built on another network (the “layer 1”) that takes the load off the main chain by first performing its transactions separately, and then sending them back to the layer 1 in batches.

The upcoming Shibarium scaling solution will improve the efficiency of the SHIB ecosystem and will provide cheaper as well as faster transactions to the users. The network will run on a proof-of-stake consensus system, much like its layer 1, Ethereum. This means that Shiba Inu holders will be able to stake some coins and become a validator on the chain once the layer-2 solution is live.

However, despite investors’ hopes that the countdown could be a buildup to the much-hyped Shibarium, the announcement turned out to be only an update for the official website.

Some community members took to Twitter and expressed their displeasure about the reveal, causing developers to come out and address the situation. Shytoshi Kusama, the lead developer on the project, apologized to the SHIB followers, noting that the dev fully understands how the countdown might have been misleading.

“Although not in control of that, I apologize for any confusion. Stay tuned,” said Kusama. Trophias, a member of the team that worked on the SHIB website, commented: “We understand some may be upset as you were expecting an update on the much anticipated Shibarium. Realistically, we can’t launch everything all at once.”

Trophias had actually only a couple of days ago hinted that the countdown’s reveal would be the website update, as the dev had tweeted, “first thing is to update our main website. It was much needed and this is our first step as we march towards Shibarium’s Beta launch.”

While Shiba Inu holders may be disappointed about the reveal, there has also nonetheless been some positive news for them recently; SHIB was one of the three most-watched cryptocurrencies on Binance in 2022.

We present to you the most watched crypto assets in #2022withBinance 🤝

Which cryptocurrencies were you watching? pic.twitter.com/6RGXdVm59Y 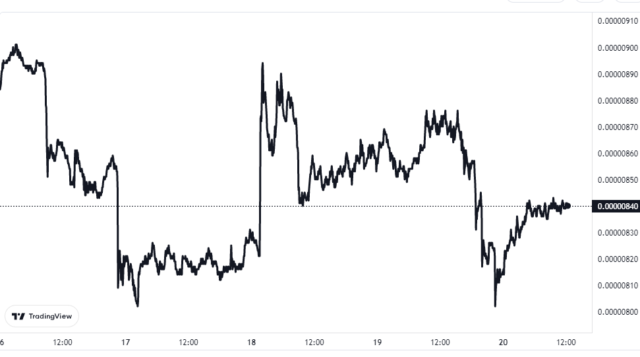