I am writing this post after noticing a troubling trend and pattern. Unfortunately, counsel who are unprepared for how the Department of Justice and IRCC work in tandem on these cases (and to be honest, some Judges have also fallen into the trap of this strategy) can lead to JRs being dismissed at leave. 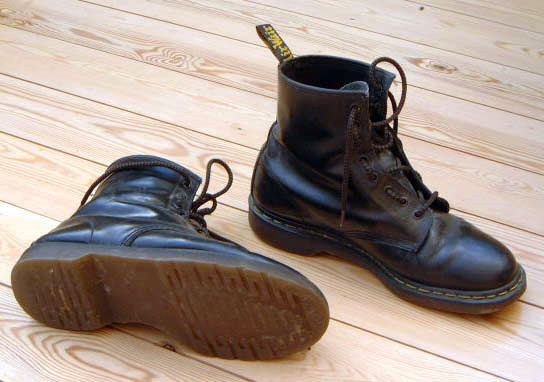 If I wanted to refuse a study permit application reasonably, I could reasonably do it. Highlight some sort of shortcoming/mis-step/inadequacy of evidence, tie it somehow to a refusal ground, and lead to a conclusion that the Officer was not convinced.

However in this new Chinook world, the conclusions often come first and in fact (unintentional), there are little to no actual facts in decisions. This is because, as we know, decisions are being bulk refused and in other times Officers do not have enough time to properly suss out the facts short of stopping at the first grey area they see.

The Applicant has a girlfriend in Canada. Therefore the applicant’s family ties and economic ties do not satisfy me they will leave Canada at the end of their authorized stay.

Unfortunately there is no logical leap step between Fact or Finding, or even if there is, there’s some obligation to consider evidence that might lead to an opposite finding, which rarely happens.

I generally love his decisions – and his interpretation and application of Vavilov is top notch, but I would say Justice Little’s decision in Ocran is one where it went beyond a judicial review of the decision (para 24 onwards) to almost a stepping in the shoes of the Officer to re-evaluate the factual record in light of the sparse GCMS notes. In no part of the decision, does Justice Little actually address the flawed nature of analysis based on a ‘reading in’ of justifying evidence. In short, I think Ocran opens up (and maybe I read Vavilov the wrong way) to reverse engineering a refusal decision based on stated conclusions with limited factual reliance by the decision-maker.

The approach taken in Ocran has inspired the same process by Department of Justice in cases, and unsurprisingly the decision is being cited for that preposition now that the Record can be read into the sparse GCMS notes. The harm of this is that template language that never meant to analyze or apply the facts to a reached decision are now retroactively used to justify that decision-made.

While I celebrated (sort of) the decision of Justice Little not to break down/opine on the Chinook system, perhaps having sought to contextualize how Officers render their decision template decision using Chinook would have kept him from stepping in to provide as detailed of a factual analysis as he did.

As a side note, even more worrisome is that I have seen after judicial review (consent), a case go back to IRCC where the Officer refused again and did so by adding one line of fact (citing the Record) between each of their previously templated decisions. In short, it is not difficult to rewrite a Chinook decision to make it reasonable even if it was found unreasonable at first.

On the more hopeful side of things, a recent decision by Madam Justice Furlanetto in Thavartnam gives applicant’s more hope.

In this decision, the Officer refused a temporary resident visa for an applicant from Sri Lanka, utilizing what Madam Justice Furlanetto refers to in para 19 as blanket or boilerplate statements and a series of conclusions (para 20).

She notes the gaps in reasoning from the Officer and the attempts of the DOJ to try and explain them, but concludes that this does not cure in inadequacy of the reasons for decision.

[24] The Respondent proposes various explanations for the Officer’s conclusions. It asserts that the Applicant’s ties to Sri Lanka are weak when weighed against his family residing in Canada because only his wife is in Sri Lanka and they have no children. The Respondent asserts that the Applicant’s savings equate to $18,000 CAD and his pay for the year $5,000 CAD, which is extremely low by Canadian standards. It suggests that the business activities cannot be verified because they are training activities at a private organization owned by a relative. These explanations, however, were not those given in the GCMS notes. Counsel’s speculation of a plausible explanation cannot cure the inadequacy of the reasons for decision (Asong Alem v Canada (Citizenship and Immigration), 2010 FC 148 [Asong Alem] at para 19).

This is a paragraph that needs to be commonplace in responses where the DOJ seeks to try and take the reasons beyond what is written to piece together, what are gaps on the page. (Recall: Komolafe v Canada (Minister of Citizenship and Immigration), 2013 FC 431, 16 Imm. L.R. (4th) 267, at para 11.)

I often start my contexualizing my reply’s with the DOJ’s practice. Again, Ilike to use the language of bootstrapping borrowing from wording of Justice Ahmed.

3. With respect, the Respondent’s submissions regarding family ties bootstraps the decision of the Officer in this matter. Justice Ahmed writes in Hoku v. Canada (Citizenship and Immigration), 2019 FC 362 [“Hoku”] at para 13 about the practice of bootstrapping.

[13] The Applicant also submits that her detailed submissions and supporting documents were not considered. The Applicant explains that this evidence included her immigration history, personal background, bona fides about her spiritual healing, the nature of her criminal conviction, and indicia of rehabilitation. The Applicant points out that the Minister’s Policy Manual states that all of these factors must be considered, and argued that the Respondent’s submissions bootstrap the actual decision and the reasons discernable from the GCMS notes.

[14] The Respondent submits that the Applicant simply failed to establish that her circumstances justify issuing an ARC, which is not intended to routinely allow persons to overcome a deportation order (Andujo at para 26). The Respondent also submits that it is unclear if the Applicant explained to the Decision-Maker that she exited Canada to comply with her probation order and objects to any inclusion of information not before the Decision-Maker.

I often then apply and highlight what the DOJ says and respond as follows:

The reality is that the Officer does not offer any justification for the templated reasons they have provided. The Officer merely states that the Applicant “is single, mobile, is not well established and has no dependents.” The Respondent is attempting to fill in the gaps on the page with their own analysis, which is not the purpose of judicial review and represents the very process of bootstrapping.

I hope this piece was helpful. Again, I love the judicial review practice and am excited to make an announcement in September (so soon!) about our further shift towards this direction and this work. I hope young counsel interested in the work slow down and do their research, before engaging DOJ on a Chinook refusal JR.