Perhaps, it won’t matter now and things might be different once Sam Bankman-Fried settles himself in a detention facility outside of the Bahamas jurisdiction, where he once afforded special treatment.

Bankman-Fried, FTX former CEO, is wanted in the United States after the collapse of his Bahamas-headquartered cryptocurrency empire.  Two of his top lieutenants, Caroline Ellison and Gary Wang, pled guilty to fraud charges on Wednesday.

Ellison is the chief executive officer of Alameda Research, a crypto hedge fund owned by Bankman-Fried, and Wang is the co-founder and former chief technical officer of FTX.

Bloomberg reports that SBF’s prison stint in the Bahamas has been fairly cozy. Contrary to the crypto community’s assumption, the report indicates that the disgraced FTX founder’s life in Fox Hill  “has been about as good as it gets.”

During his eight-day incarceration, Bankman-Fried was isolated from the regular inmates and granted unique privileges, including access to vegan food and crossword puzzles.

Of course, crosswords are nothing compared to cable TV and air-conditioning, which he enjoyed while others suffer inhumane conditions. 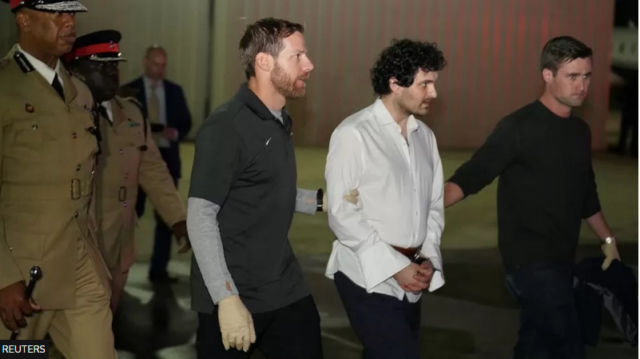 In addition, the report revealed that other maximum-security cells within the prison are jampacked, rat- and maggot-infested, and lack the facilities of the sickbay, since detainees must frequently sleep on the floor.

The report added that Bankman-Fried had full access to running water, a toilet, a shower, and daily medical checkups.

The Bahamas had long been the home of FTX. Bankman-Fried and his other VIPs worked in a multimillion-dollar loft. This is about to change, though, as he is going to set foot in the United States.

Damian Williams, the U.S. attorney for the Southern District of New York, stated that Sam Bankman-Fried is in the custody of the Federal Bureau of Investigation and “on his way back” to the U.S. aboard a government-chartered flight.

A SWAT team, other reports noted, was called in to oversee his release from prison. That simply says a lot about how important this guy is. He is accused of orchestrating the largest financial scam in U.S. history.

Doan Clear, the commissioner in charge of Fox Hill, said that Bankman-Fried appeared “relieved and optimistic” at the idea of traveling to the U.S.

As he departed the correctional facility, SBF wished the personnel a “Merry Christmas,” the report added.

It’s anyone’s guess as this article was written what Christmas would be like for the (former?) billionaire tech wunderkind as he flies to the U.S. to “face the music.”

If found guilty of the charges, the 30-year-old Sam Bankman-Fried will be imprisoned for 115 years.