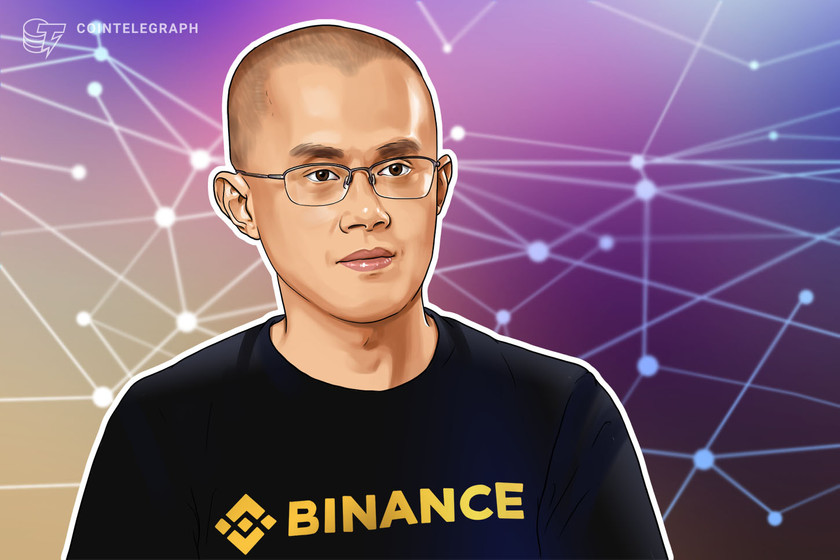 Binance CEO Changpeng “CZ” Zhao took to Twitter on Dec. 23 to share his perspective on the reasons behind the recent fear, uncertainty, and doubt (FUD) surrounding the crypto exchange.

According to CZ in the thread, Binance’s FUD is primarily caused by external factors – not by the exchange itself.

One of the reasons mentioned by the CEO was that part of the crypto community hates centralization. “Regardless if a CEX helps with crypto adoption at a faster rate, they just hate CEX,” he noted.

CZ also pointed out that Binance has been seen as competition by many industry players, with increasingly lobbying against the exchange and “loaning sums of money to small media that’s worth many times the media outlet’s market value, including buying their CEOs houses, etc.”, referring to The Block’s CEO, Mike McCaffrey, who secretly financed the crypto news platform with loans from Alameda Research.

McCaffrey stepped down as CEO on Dec. 9, after disclosing two loans totaling $27 million from the hedge fund part of FTX Group.

Related: Binance joins lobbying group as criticism of the exchange ramps up

CZ repeatedly cited media outlets’ coverage as the cause of FUD, accusing some of being “paid” to produce it – without providing any evidence.

Further, the executive noted that conservative politicians working to protect traditional financial institutions from crypto disruption were also spreading misinformation. CZ stated that “being conservative is not wrong”, but banks should embrace blockchain technology rather than fighting against disruption.

Finally, CZ also claimed that there may be a “tiny number of people who are jealous, or just plain racist against Chinese-looking Canadians” contributing to the spread of FUD against the exchange.

Investors have been moving their crypto assets to self-custody and other exchanges in response to the FUD surrounding Binance since the downfall of FTX. A number of concerns regarding the exchange’s liquidity, its reserves, and ongoing investigations in the United States resulted in billions in outflows in the past weeks.