On-chain data shows Bitcoin is now retesting the cost of production price for miners, suggesting that this cohort may soon finally find some relief.

Bitcoin Miners Might Find Relief After A Period Of Immense Pressure

According to data from the on-chain analytics firm Glassnode, the average cost of production for miners is now around the current price levels. The relevant indicator here is the “difficulty regression model,” which is an estimation of the cost of Bitcoin production that the average miner incurs.

As the name already implies, this model is based on the concept of “mining difficulty,” which is a built-in feature on the BTC blockchain that decides how hard miners will need to work in order to successfully mine a block on the network.

For this model, Glassnode has made the assumption that the difficulty is “the ultimate distillation of mining cost, accounting for all the mining variables into one number.”

To relate the difficulty with the market cap (so that a cost of production “price” can be obtained from the metric), the model uses a log-log regression analysis.

Now, here is a chart that shows the trend in the Bitcoin difficulty regression model over the last few years: 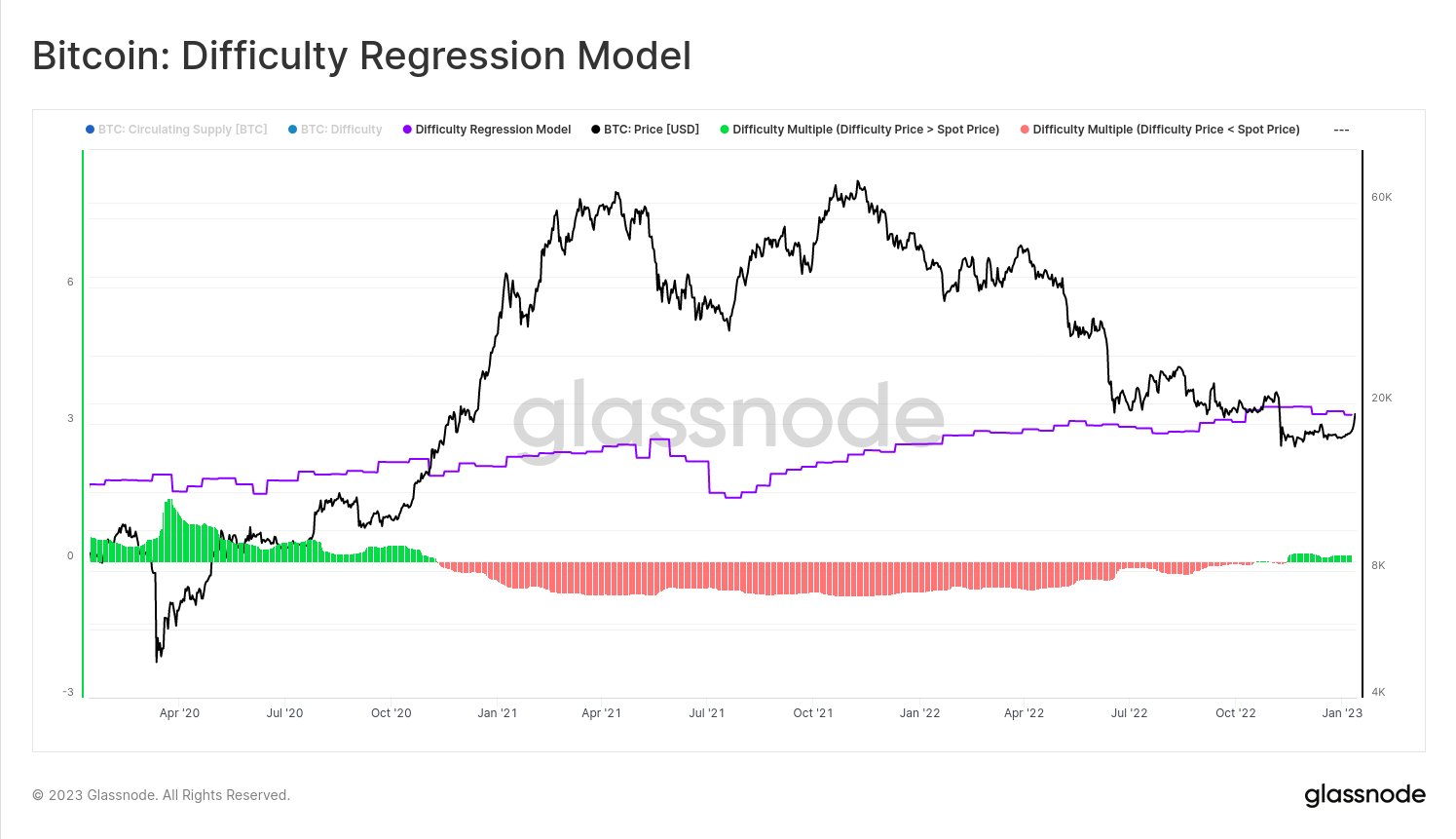 As the above graph displays, the Bitcoin difficulty regression model has a value just around the current BTC price levels right now. This means that the cost of mining 1 BTC that the average miner has to pay according to this model is now about what the crypto itself is valued at.

The chart also includes data for the “difficulty multiple,” which is a metric that simply highlights the gap between the current price of the coin and the difficulty regression model. Negative values of the indicator suggest the price is higher than the cost of production for miners right now, while it’s lower in the case of positive values.

From the graph, it’s apparent that the difficulty multiple has been positive since around the time of the FTX crash, which suggests that during this period of the last couple of months or so, the average miner has been producing Bitcoin at a loss.

Miners had already been coming under immense pressure earlier in the bear market due to a multitude of factors like the price plummeting and the electricity costs becoming higher, but this period since the downfall of FTX made their incomes even worse, leading to multiple bankruptcies of major names in the sector such as Core Scientific.

However, if the current price retest of the difficulty regression model level is successful and BTC breaks higher, miners would finally be able to get some relief after what has been a truly terrible run. 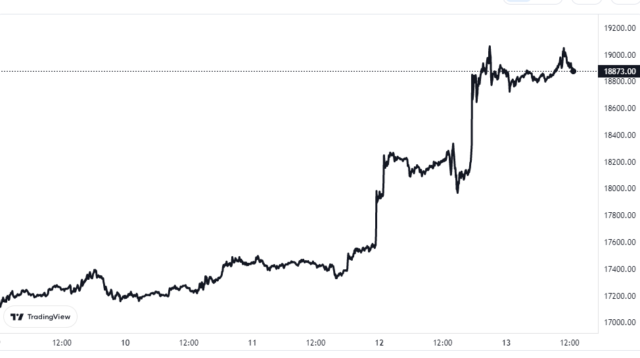